All foster caregivers, regardless of who they foster and who they foster for are entitled to support, advocacy and guidance when issues or concerns arise about their foster home and the care they provide.

The BCFPA has received provincial MCFD funding to provide expanded support, advocacy and mediation services for all foster families across British Columbia. These services will complement the support services offered by the foster parent support agency contractors in the Service Delivery Areas. BCFPA’s Fostering Solutions Program service differs from supports provided by the contracted agencies. Whereas contracted agencies provide a myriad of services to the community including basic support for common needs of foster parents such as taking notes in a meeting or talking through a contract concern, they do not provide advocacy or have permission to speak on behalf of foster parents.

The Ministry and BCFPA recognize the need for a new approach to help address the current challenges with retention and reducing the loss of new foster caregivers. The systemic issues that lead to the loss of foster parents are mitigated by working in partnership and applying a solutions-focused perspective.

Through our Fostering Solutions Program, BCFPA provides direct advocacy and support for foster caregivers who encounter challenges with placements. We also provide training to interested foster parent community members across the province. Our direct advocacy activities include working with foster parents and Ministry staff to assist in the resolution of complex support situations such as:

The value of BCFPA’s service is in our solutions-focused perspective and long history and experience working within the Ministry’s policy and practice framework. The benefits of our approach include:

The Fostering Solutions Program can be accessed through our toll-free line at 1-800-663-9999. Our service is available to all foster caregivers in the province, and we regularly accept referrals for service from contracted agencies, Ministry, and Delegated Aboriginal Agencies. Please note that the Solutions Program is NOT an emergency, 24/7 service.

History of the Fostering Solutions Program

The BCFPA began its first support program in 1975. This original program was called the “Grievance Committee” and consisted of only two members.

In 1983, the committee was renamed the “Resolution of Issues in Foster Care Committee” and subsequent to that, the “Foster Parent Protection and Support Committee.” The procedure for resolution of issues in foster care was being developed with input from Ministry staff. In 1984, this procedure was incorporated into the Ministry’s Policy and Procedure Manual.

In 1989, there were two joint task forces of Ministry Staff and BCFPA members formed to address the issue of victimization of foster families and to develop the first “Investigating Abuse Complaints in Foster Homes” protocol.

In 1990, the first pamphlet called “How to Protect Yourself from Allegations” was developed. The Ministry provided funding to the BCFPA for the first two-day workshop in Vancouver to train foster parents to become Support/Advocacy Liaisons. The funding allowed for at least two representatives from each region to be able to attend this event.

For the next decade, the BCFPA Provincial Protection Committee continued to grow. In 1994. a joint committee of BCFPA members and Ministry staff was formed to review and revise the “Resolution of Issues” and “Investigating Abuse Complaints in Foster Homes” protocols. This project was completed in 1995 and the protocols were then retitled “Protocol for Investigating Allegations of Abuse and Neglect in Foster Homes” and “Resolving Difficulties between Ministry for Children and Families Staff and Foster Parents Protocol.”

In 2012, 10 years after funding for BCFPA’s support program had been redistributed to regional agencies, and in response to many requests by members and others in the foster parent community, BCFPA continued to provide support and advocacy services to foster parents across the province. Demand for peer support through BCFPA became so large that, in 2012, two members of the Board of Directors completed a revision and update of the Support and Advocacy Liaison Program Policy Manual. In September 2012, the revised Support and Advocacy Liaison Program was launched with training held in Richmond hosting 9 participants. BCFPA ran the program with leadership from the Board of Directors between 2012 and 2018 at which time the Ministry, after several years of lobbying and evidence of community need, provided funding to formally re-launch and expand the Solutions Program.

Along with all of the responsibilities expected of a foster caregiver, foster parents have rights.

Open the toggle to read the entire Foster Parent Rights document drafted in 2010. 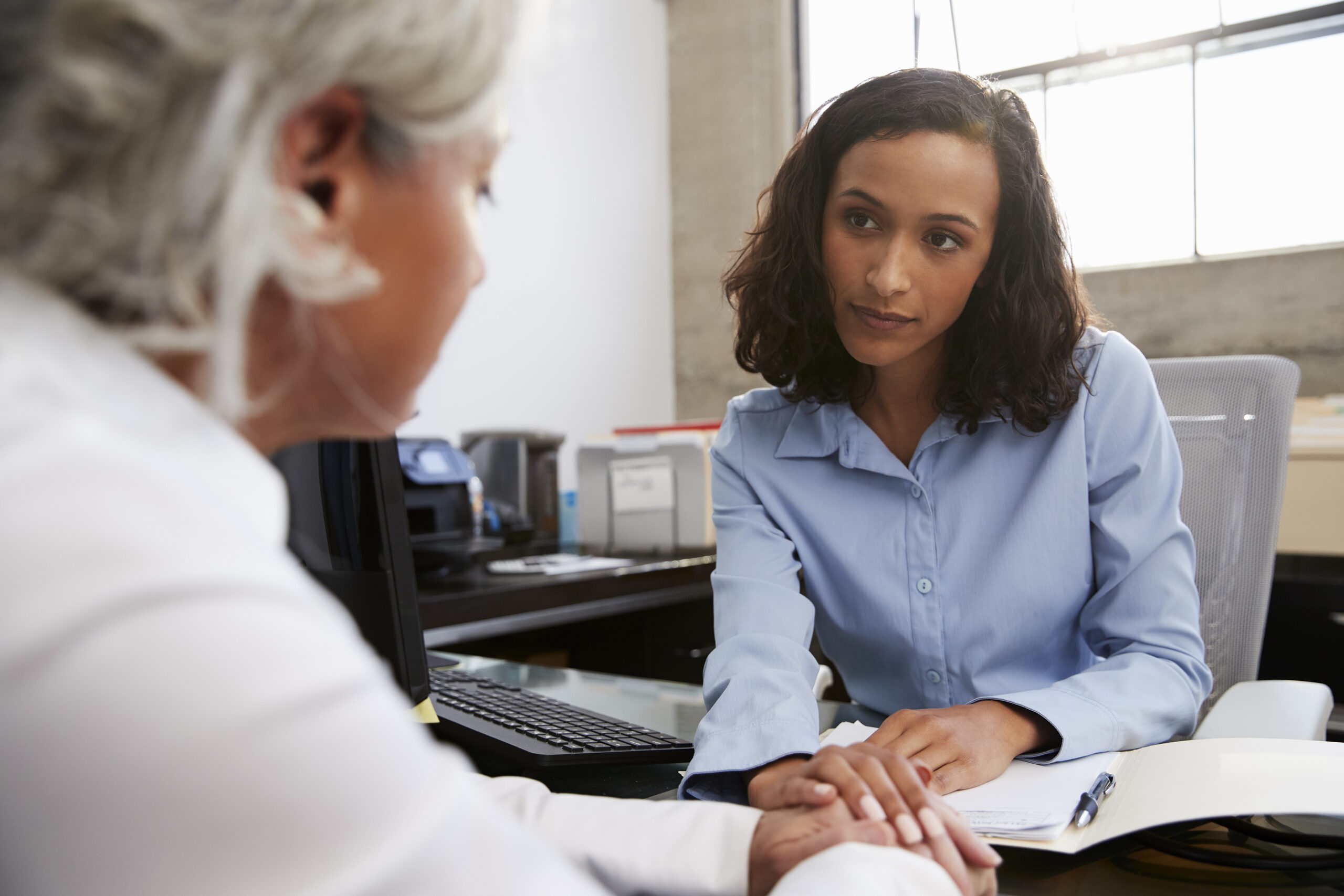 Advocating for Change: What it takes to inspire shifts in the fostering sector

Over the past few years, we have heard the occasional comment from a community member that changes to policy and practice that are causing hardship to our community are taking far too long. For those of you working on the front lines of fostering who have a very real need to see practice issues addressed, you are correct, it does take quite some time. The reason for this is because there is a process that we must follow and sometimes it takes months or years for the requested change to gain traction at the Ministry.

For decades BCFPA has been mandated with the key role of advocating for and ensuring supportive infrastructure for foster parents. While BCFPA certainly provides direct service to foster parents, most of our work has a broader scope. Examples of the other work we do includes speaking directly with the Minister regarding changes needed to mileage amounts and foster parent rates, addressing contract wording changes with the Policy Division, working collaboratively with MCFD to revise fostering publications, and collaborating with other agencies to create foster parent recruitment campaigns.

Given that our advocacy work is done without any public fanfare it’s no surprise that there are questions about what impactful change we are making in fostering practice for the province. If you’ve never been an advocate you may not be aware that advocating for change can take a very long time. On occasion our timing is perfect and a community-level problem can be resolved quickly. But efforts to address larger issues that require more than a few conversations sometimes straddle a change in government, new leadership with different priorities, and require us to renew connections and then reintroduce an issue. When change happens for the community it might seem like it was sudden, however, in most cases it has taken many years of conversation and collaborative effort to achieve the budget, the policy revisions, and on occasion, legislative amendments.

When we identify a troublesome trend, our immediate priority is to identify who to speak to and how to respectfully but authoritatively present the facts, evidence of hardship and assert the need for change to practice or policy. We must be cautious about how we approach advocacy to avoid the ever-present risk of losing our audience with too much noise or a combative attitude. We have to have patience and maintain our positive working relationships with Ministry staff who we are hoping will understand the experience of our foster parents. Most of our advocacy work is invisible and involves utilizing the connections we have in order to influence the changes we’ve been asked to advocate for.

Future foster parents who experience a positive policy or practice change won’t realize that the shift was the result of 4 years of BCFPA’s requests for meetings and presentation of evidence, many conversations, 1 container of antacids, many moments staring at a blank wall, research, strategy, and a few redirections that result in one or two individual leaders embracing an alternative evidence-based perspective and changing something critical for our community. It’s that simple. And it’s that challenging. It only takes ONE person who is in a position to influence change to create a better environment for foster parents and foster children.

A small selection of recent impactful “change the system” requests that we have successfully responded to:

There are not many wins in the advocacy role. All wins are hard-won. Have confidence that we’re crafting solutions, asking for changes, and leading the charge for renewed practice and policy whenever necessary. Our responses take some time and consideration. Our responses are sustained and intentional. We don’t give up.

Advocacy is not meant to be a game of power or personal profile raising, but a job to improve the experience of a particular group. There will always be critics of an agency that has a mandate of advocacy and perhaps that’s as it should be.

But whether or not we are supported or criticized by individual community members, we support each one of the foster parents in our province by taking whatever steps are necessary to advocate for a future where foster parents are recognized, respected, remunerated appropriately and valued for the crucial resource they provide in their communities.