Foster Parents in Victoria, Kelowna and Vancouver were meeting independently to form support groups. In 1965, existing foster parents found out they weren’t the ‘only ones’, discovering the need for bringing together people who encounter similar issues while fostering. These support groups started to meet regularly and give each other much-needed connection, support, practical advice, and encouragement.

The ﬁrst Foster Parent Conference was held in June 1966.

In 1967, the Federation was founded with 15 active locals. Purposes and Aims were set out and became our Constitution.

In 1970, 139 delegates accepted a draft Constitution and BC Federation of Foster Parent Associations (BCFFPA) was born.

On February 2, 1972, the Federation was oﬃcially incorporated under the BC Societies Act. Provincial funding was obtained for Foster Parent Information Kit. 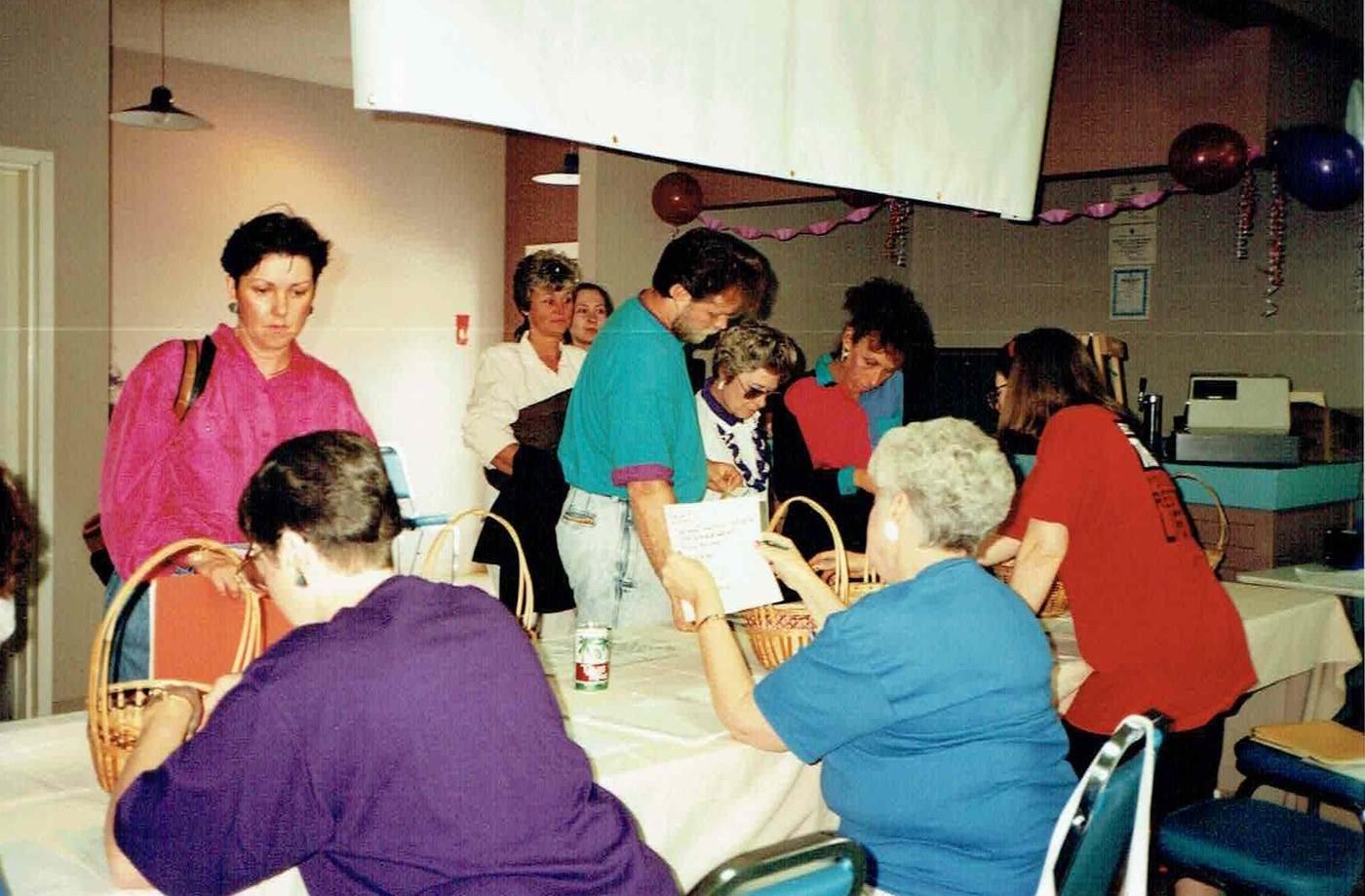 The Foster Parent Insurance Rider was implemented. Resolution of Issues was incorporated into Ministry Policy. The Resource Catalogue was published, and the three-year Health & Welfare Grant Program for Foster Parent training began. In 1985, the Status of Fostering committee was called.

In 1986, the National Foster Parent Week was held in October for the ﬁrst time. 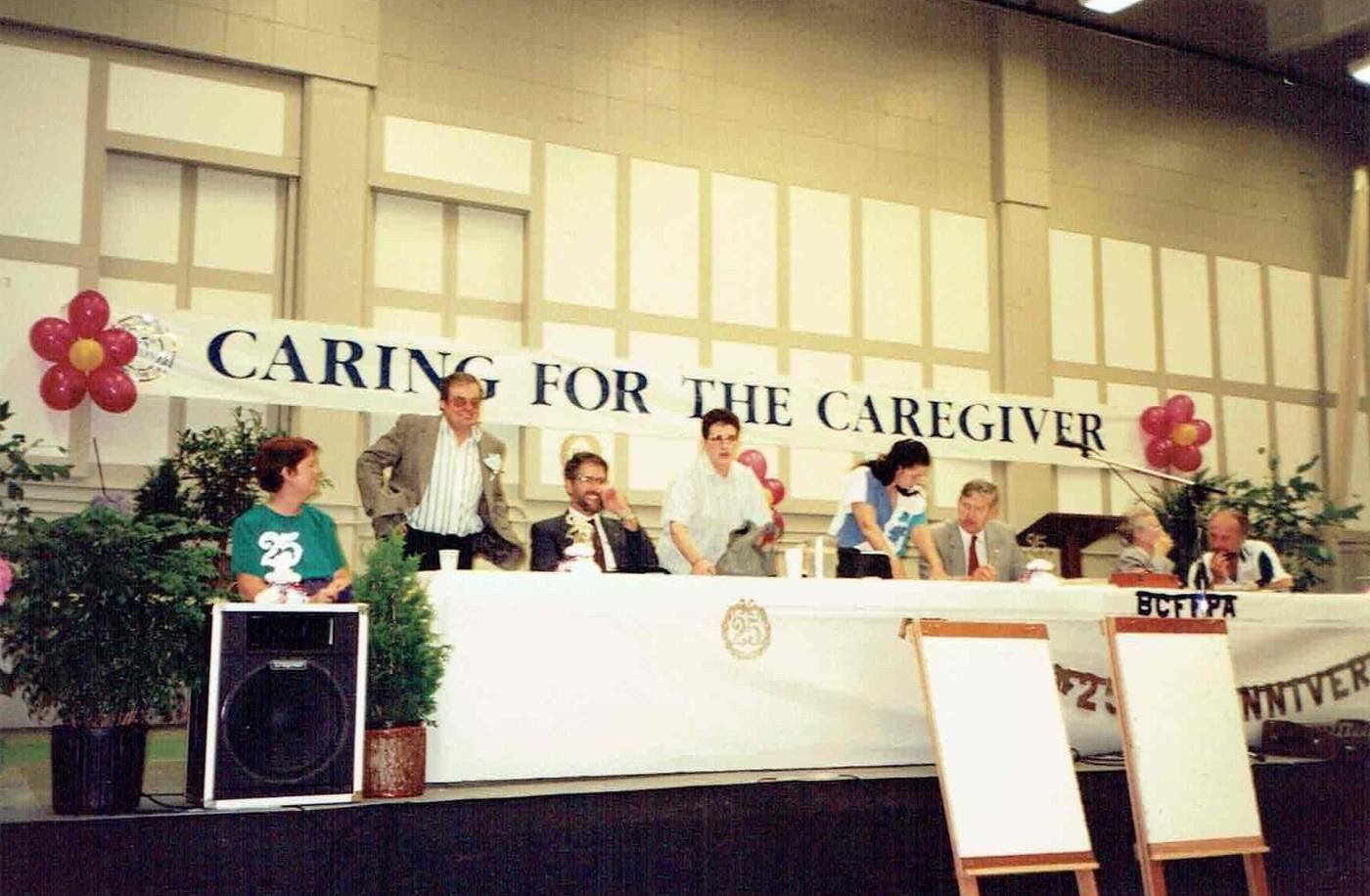 BCFFPA Code of Ethics was passed by the members at the AGM.

In 1989, the Protocol for Investigation of Alleged Abuse in Foster Homes was introduced.

In 1991, BCFFPA held its 25th Annual General Conference. In the same year, the Protection Pamphlet was produced. 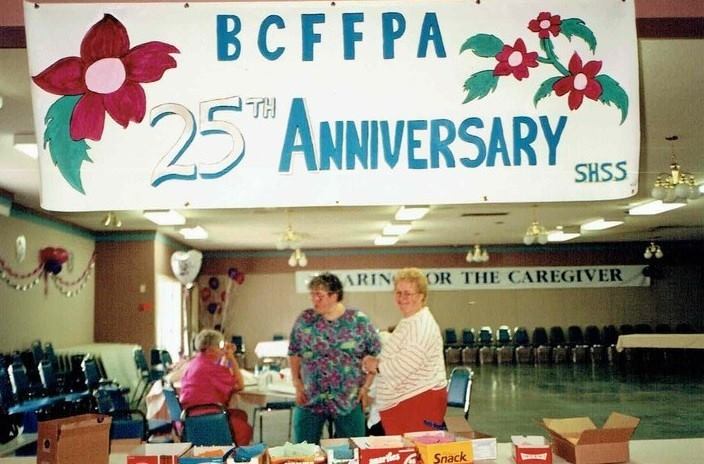 Levels of Care were implemented jointly with the Ministry. In 1995, the Federation assisted the Ministry with proposals for legislative change to the Family and Children’s Services Act (F&CS Act), and the establishment of the Advocacy Act. The Federation reviewed and made recommendations to the Protocol for Investigating Abuse and Resolution of Issues policies and compiled a submission for presentation to the Gove Commission.

In 1996, child welfare became a community responsibility. With the implementation of the new Child, Family & Community Service Act (CFCSA), and the new Ministry of Social Services (MSS) policy and procedures to support the legislation, caregivers participated in joint training events with a strong community focus.

In partnership with the Ministry and the Canadian Foster Family Association, the Federation co-hosted the International Foster Care Organization (IFCO) Conference at the University of British Columbia (UBC).

In 1998, Foster Care 2000 was developed to address improvements to the system into the next century.

Working jointly with the Ministry, the Foster Family Handbook was revised and contained the Rights of Foster Parents.

Multicultural services were added to the Fosterline.

Standards for Foster Homes were completed and put into practice.

The Support Worker and Advocacy Program was now ﬁrmly in place and had a minimum of two support workers in each of 13 regions. The Federation developed the Strategic Shifts document, put in place to begin the process of restructuring in order to return power back to the Regional, Area and Local Associations in response to the Ministry’s move to Five Regional Governances.

BCFFPA lobbied for an increase in mileage rates for foster parents. Foster parents were awarded a 50% increase in basic and additional mileage for transporting children and youth in care.

In 2005, the Camps for Kids program was established.

Work began on the development of the Rights of Foster Parents as well as research on how to support maintenance and service payment increases for foster parents.

Collaborative community partnerships are developed with BC Lions, Vancouver Canucks, and Science World.

In 2007, BCFFPA’s 40th Anniversary was held in partnership with the Canadian Foster Family Association Conference.

BCFFPA advocates for kith and kin agreements to be brought on par with other foster care providers.

In 2007, BCFFPA began holding Idea Forums throughout BC in response to the low graduation rates and homelessness among former youth in care. A total of 13 Idea Forums were held. The outcomes were posted and shared on fosterchildren.ca which became the communication centre for the research. Development of the Safeguarding Foster Families program. BCFFPA has representation on the CLBC—Youth Transitioning Committee, Connections— a new Ministry initiative that keeps youth connected to caring adults.

Work began on the development of the Rights of Foster Parents as well as research on how to support maintenance and service payment increases for foster parents.

Reorganization and restructuring of the BCFFPA provincial oﬃce.

BCFPA is involved in Provincial Legislature Events to celebrate Foster Family Month in October and the first BC Child and Youth In Care Week in May.

BCFFPA is included in the Residential Review process headed by the Ministry to review practice change across the sector.

The Education Subcommittee is revitalized, bringing together provincial and regional agencies with the common goal of creating a new foster parent education program.

The Maurice Graydon Bursaries are created.

BCFFPA and MCFD work together to establish a regional communication process to efficiently work through regional issues.

The General Scholarship Fund (bursary) is created through an initial donation from the estate of Myra McLean.

BCFFPA receives a grant to produce a recruitment video. A new logo and website are unveiled. The Support and Advocacy Program is revitalized and restructured as a ‘peer support program’ to answer the demand in the community. An initial two training events are held in the lower mainland and interior regions.

BCFFPA joins with MCFD to review a Provincial Protocol document, the Foster Family Handbook and the Child’s Plan of Care (CPOC) process.

The Residential Review preliminary work has been completed. BCFFPA participates in consultation groups with numerous other community organizations.

The General Scholarship Fund is established with an initial donation from the estate of Myra McLean.

BCFFPA meets with the Provincial Director of Child Welfare at two Board of Directors’ meetings regarding ongoing challenging issues across the province. 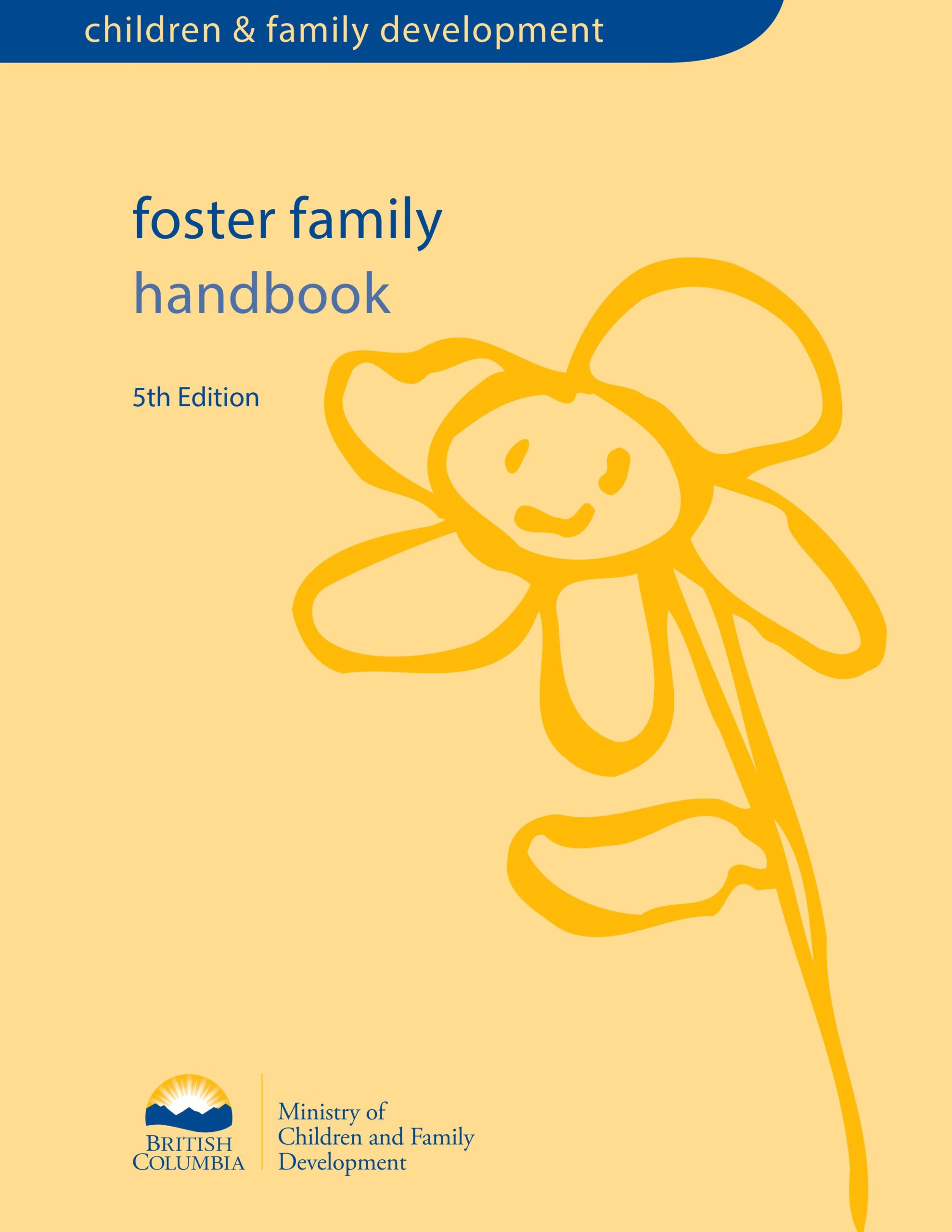 Work continues on new Provincial Protocol documents as well as the creation of the Caregiver Support Network (part of the Residential Redesign process). BCFFPA participates in Stakeholder Advisory Committee and Retention and Recruitment Advisory Committee.

BC Foster Basics Video Series is produced resulting in 25 YouTube informative videos for foster parents and stakeholders. BCFFPA continues to participate in the Residential Redesign Retention and Recruitment Committee and the Steering Committee. 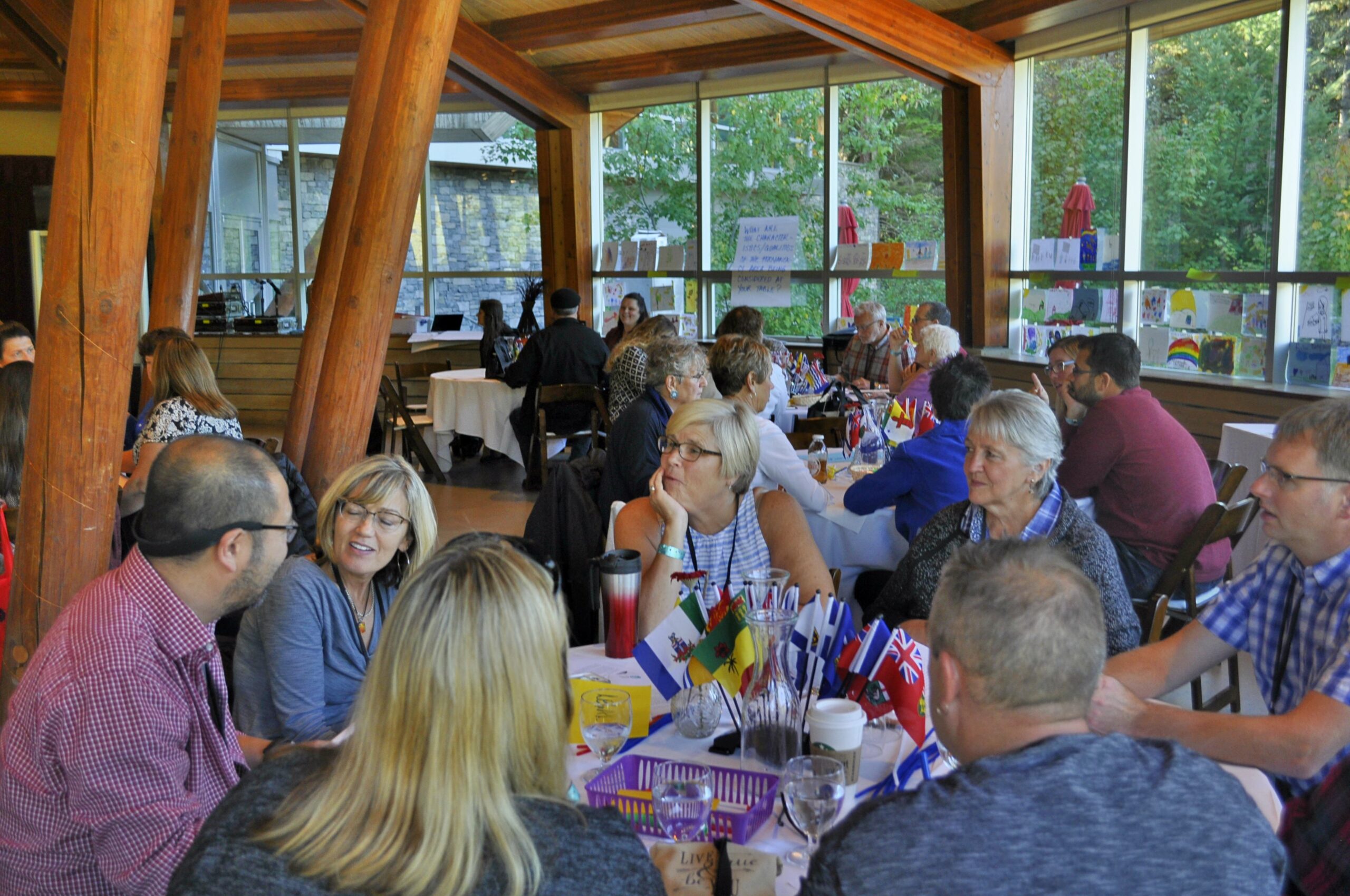 BCFFPA is awarded a contract to review and develop 3 online trainings: one for BC’s foster parents, new provincial training for Resource Workers and training for kinship caregivers. Funding is made available for focused services on support and advocacy and for BCFFPA to increase mediation activities during investigations and protocols.

The ﬁrst recruitment and awareness campaign in a decade is created in partnership with the Ministry, provincial and regional agencies. This is BC’s ﬁrst social media campaign with a focus on provincial foster parent recruitment. BCFFPA launches a redesigned website.

Resource Work Policies are released in 2017, replacing the Caregiver Support Service Standards and incorporating investigations and quality of care reviews within the document.

BCFFPA is awarded a limited contract to conduct fostering home studies on behalf of MCFD. MCFD provides bursary funds for foster parents to attend the AGM and conference event. 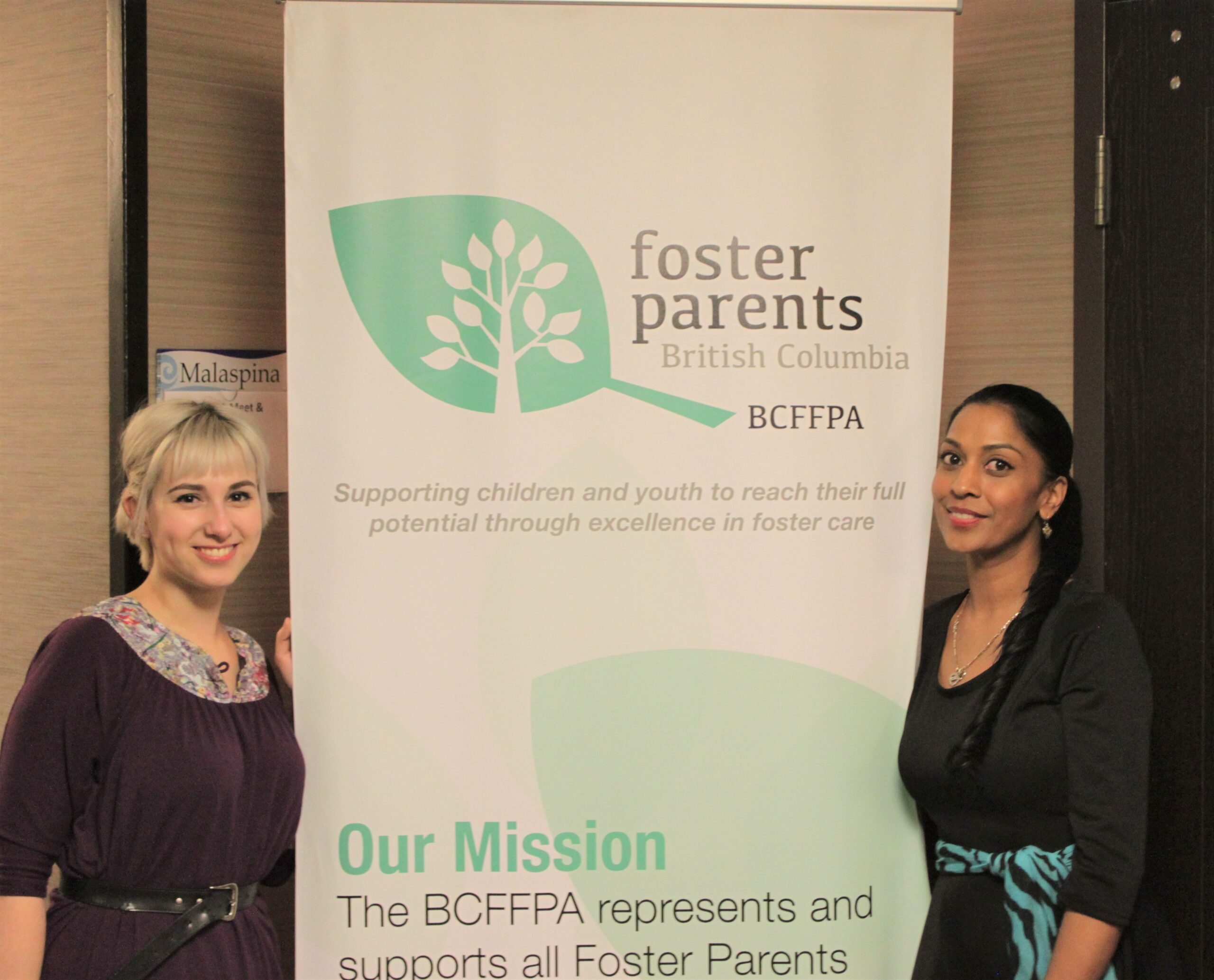 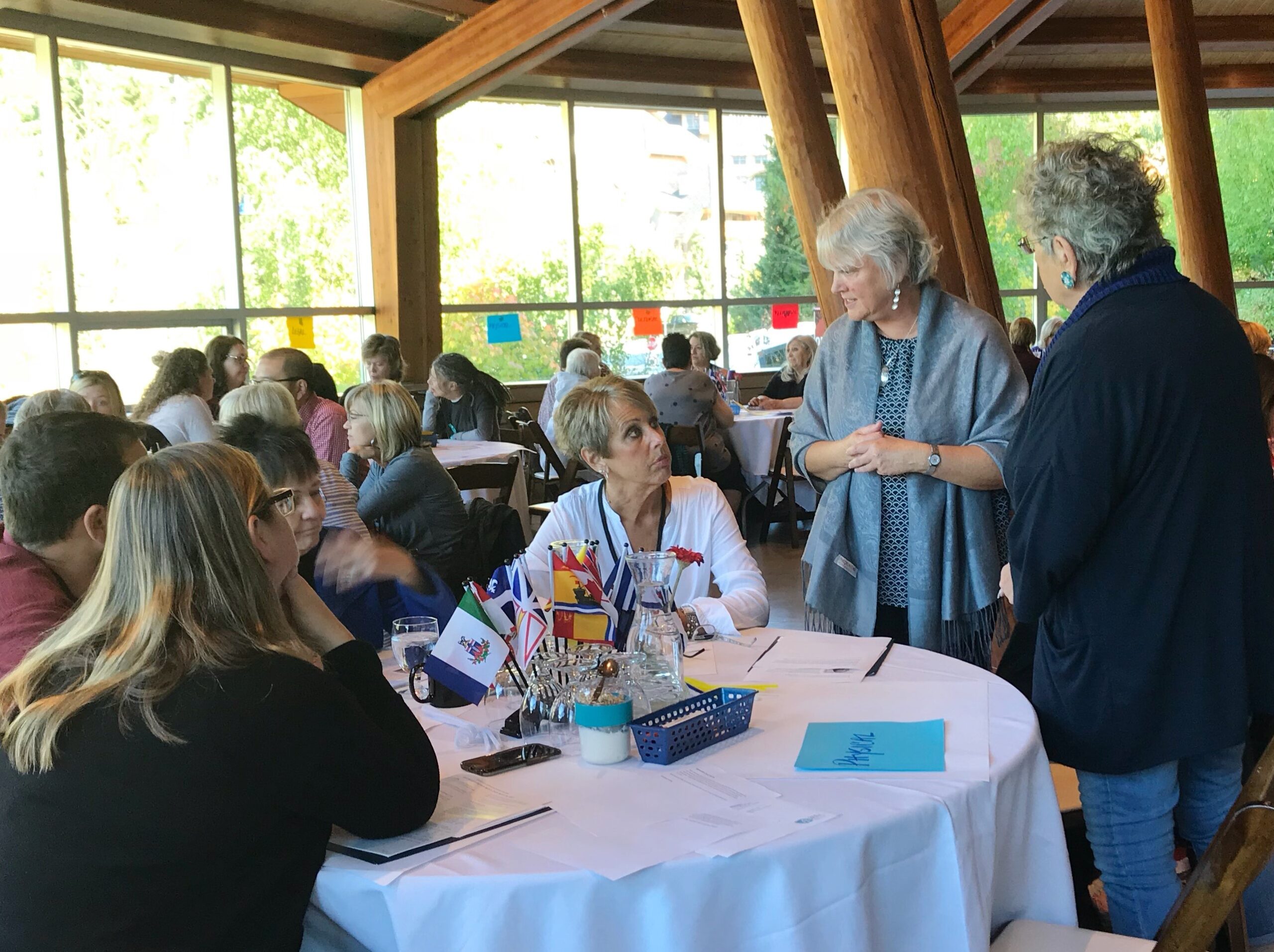 The Jayne Cotter Wilson Excellence in Writing bursary is created.

Two donations are received for a grant program to assist foster parents with the costs of travel for CIC medical appointments.

BCFFPA submits a proposal to MCFD to provide enhanced services in response to recommendations from the Residential Redesign Report (2012), the Multi-Year Action Plan (2016) and Grand Chief Ed John’s report: Indigenous Resilience, Connectedness and Reunification – From Root Causes to Root Solutions.

MCFD agrees to provide additional funding for 2018-2019 for 2 new core positions at BCFFPA.

BCFFPA relocates to a larger office in downtown Langley to accommodate a larger team.

BCFFPA’s home studies project continues with the completion of SAFE home studies for prospective foster parents in the province.

A Solutions Program Manager is hired along with a part-time assistant. Training is redesigned and launched within the lower mainland. Foster parents from across BC who are interested in becoming BCFFPA Solutions Volunteers (offering peer support) are trained. Direct advocacy takes place. MCFD promotes BCFFPA’s Solutions Program.

A Communications Coordinator is hired. Partnership expands between BCFFPA and Strategic Priorities division with the distribution of a survey about the fostering environment. The survey is very successful, receiving over 700 responses.

BC’s foster parents receive the first lift to maintenance rates in 10 years. MCFD clears the way for foster parents to sign school (and other) permission slips so that fewer children miss school-related and important extracurricular activities. 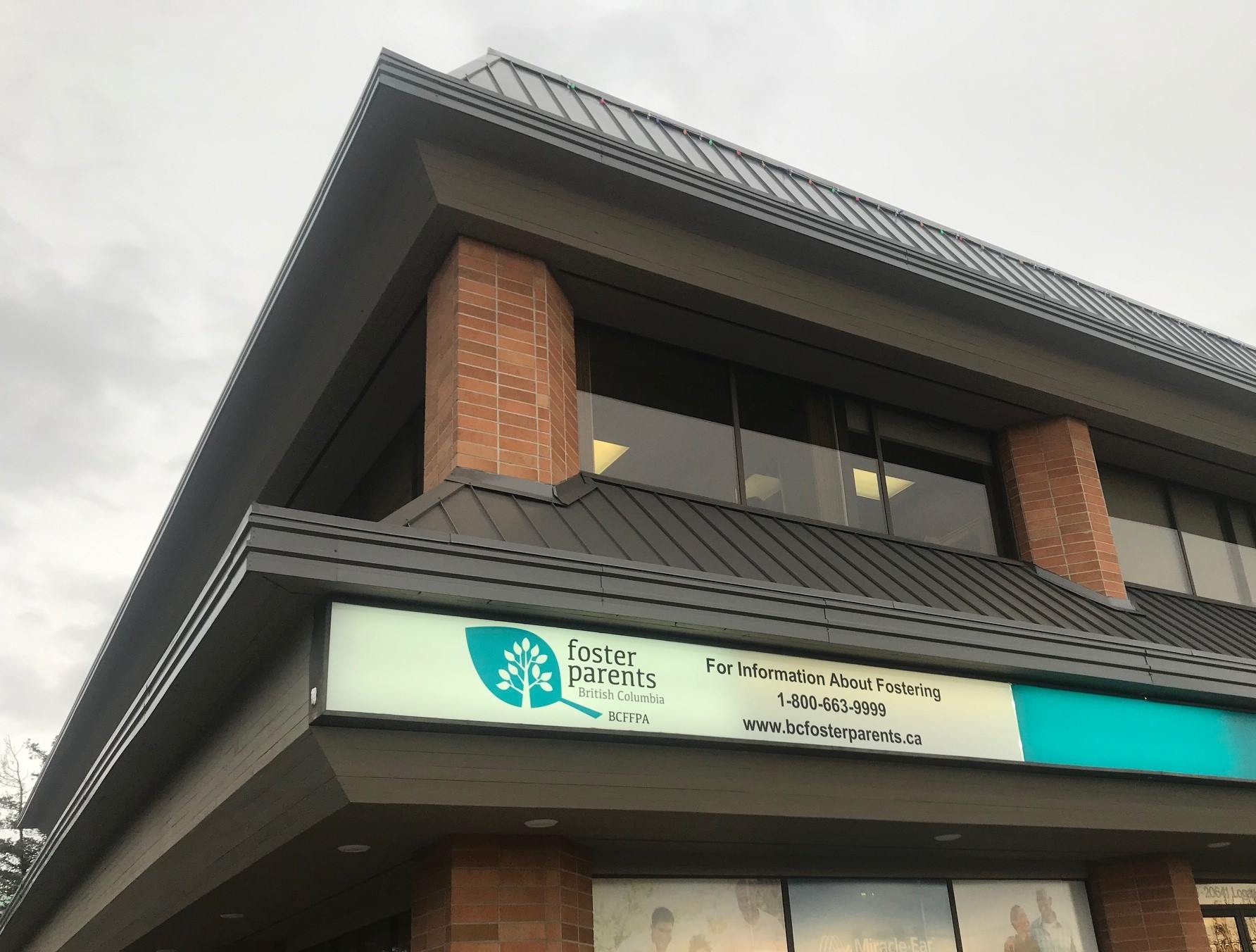 BCFFPA continues to advocate for accountability to the Foster Parent Rights and explores with MCFD avenues that may have an impact. Policy revision seems the most obvious and impactful route to achieve the desired outcome. BCFFPA partners with MCFD’s Policy Division to review and provide recommended additions and changes to the policy wording.

BCFFPA collaborates with MCFD’s Operations Centre to strategize and resolve issues emerging in the sector related to the COVID-19 pandemic.

The Solutions Program online database is developed and now gathering comprehensive statistics regarding support trends across the province.

BCFFPA and MCFD successfully revise child welfare policy to incorporate the intention of each of the Foster Parent Rights.

Through a Special Resolute vote, BCFFPA changes its name from ‘B.C. Federation of Foster Parent Associations’ to ‘BC Foster Parents Association’. This is to align our Society’s name to accurately reflect our main function as provincial advocates and representatives for foster parents across the Province of BC. Our Branches will continue to operate under BCFPA’s governance.